Join us live for a virtual lecture by artist Shirin Neshat followed by an audience Q&A. 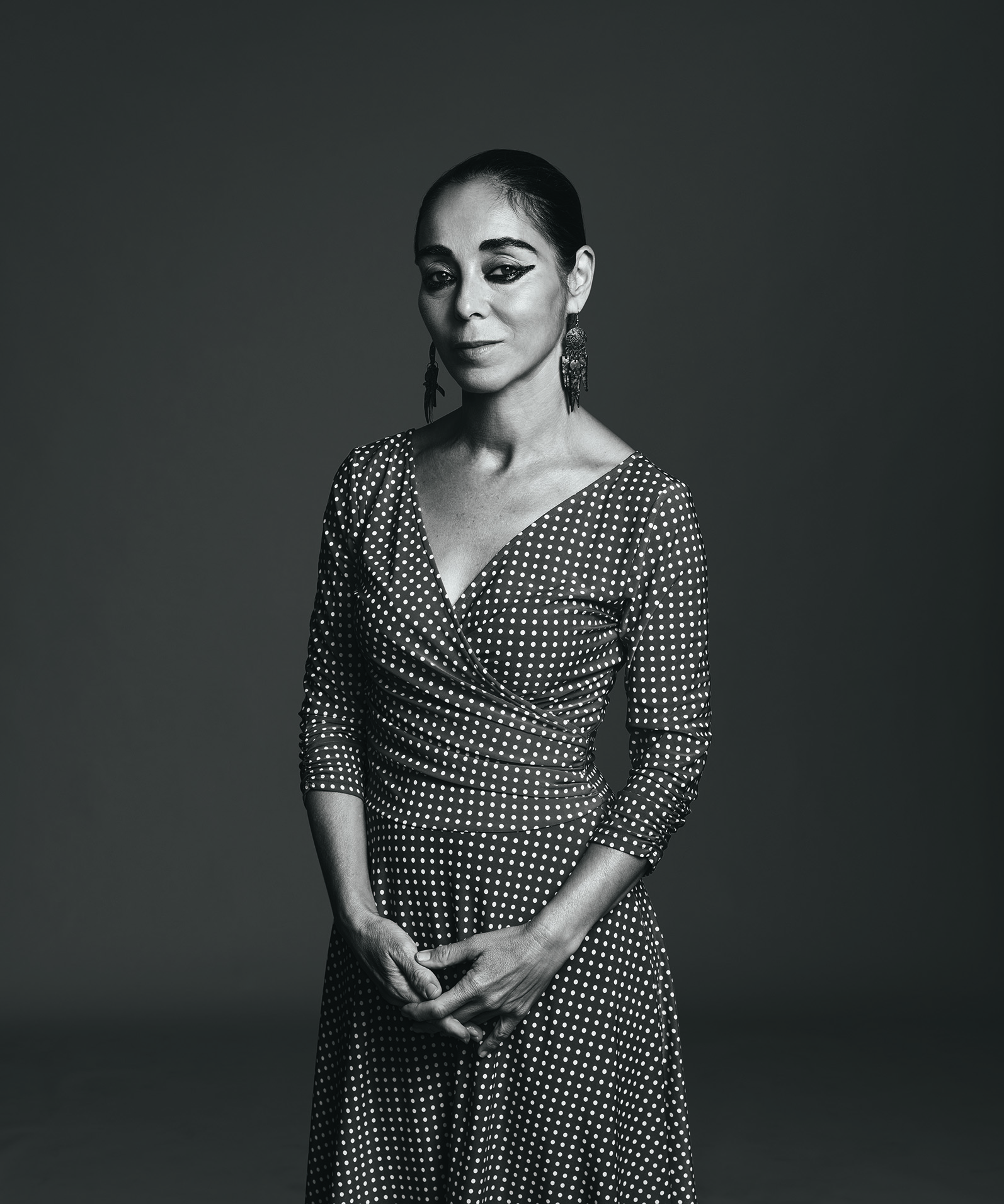 Shirin Neshat (b. 1957 in Qazvin, Iran) arrived in the US in 1975. Her personal experience as a Muslim woman in exile have informed her practice, in which she employs photography, video installation, cinema, and performance to explore political structures that have shaped the history of Iran and other Middle Eastern nations. In her practice, she employs poetic imagery to engage with themes of gender and society, the individual and the collective, and the dialectical relationship between past and present through the lens of her experiences of belonging and exile. Neshat’s latest body of work, Land of Dreams, marks a significant visual and conceptual shift for the artist, who has turned her lens to the landscape and people of the American West. Comprised of 111 photographs of New Mexico residents and a two-channel film installation, Neshat explores the complexities between the ephemeral nature of dreams and the dangerous impact of oppressive political ideologies and policies to reveal a shared humanity. The artist’s practice of applying calligraphy to portraits recurs throughout her oeuvre and in many of her new photographs. In addition to recording sitters’ dreams in Farsi, Neshat also included technically intricate, ornate drawings that depict fantastical elements of the dreams in many of the photographs in this series.

Neshat was the subject of a major retrospective exhibition titled Shirin Neshat: I Will Greet the Sun Again at The Broad, Los Angeles (2019–20), which traveled to The Modern Art Museum of Fort Worth (2020–21). She has mounted numerous solo exhibitions at museums internationally, including Museo Correr, Venice, Italy (2017); the Hirshhorn Museum and Sculpture Garden, Washington DC (2015); Detroit Institute of Arts (2013); Stedelijk Museum, Amsterdam (2006); Hamburger Bahnhof, Berlin (2005); Musée d’art contemporain de Montréal (2001); and the Serpentine Gallery, London (2000). Neshat was awarded the Golden Lion Award, the First International Prize at the 48th Venice Biennial (1999); the Hiroshima Freedom Prize (2005); the Dorothy and Lillian Gish Prize (2006); the Davos World Economic Forum’s Crystal Award (2014); and the Praemium Imperiale Prize (2017).

Neshat has directed three feature-length films: Women Without Men (2009), which received the Silver Lion Award for Best Director at the 66th Venice International Film Festival; Looking For Oum Kulthum (2017); and Land of Dreams, which will be released in 2022 and feature actors Matt Dillon, Sheila Vand, Isabella Rossellini, Christopher McDonald, and Anna Gunn. Land of Dreams marks the first time Neshat has created a body of work that incorporates photography, video, and a feature film. In 2017, Neshat also directed her first opera, Verdi’s Aida, at the Salzburg Music Festival in Austria.The artist lives and works in New York.

Established in 2006 by a generous gift from Bill and Stephanie Sick, this distinguished visiting professorship enables internationally renowned artists and designers to visit and teach at SAIC.

Shirin Neshat: a stare that challenges us to look away
Kelly Grovier | BBC | November 4, 2019

Art That Is Political and Personal*
Ted Loos | The New York Times | September 12, 2019
*This is a library resource that requires ARTIC login

Land of Dreams
Land of Dreams (January 19 – February 27, 2021) at Gladstone Gallery marks a significant visual and conceptual shift for Shiring Neshat, who has turned her lens to the landscape and people of the American West.